EAST TN Cities
The major cities of East Tennessee are Knoxville (near the center of East Tennessee), Chattanooga (in southeastern Tennessee at the Georgia border), and the "Tri-Cities" of Bristol, Johnson City, and Kingsport located in the extreme northeasternmost part of the state. The Blue Ridge section of the state is much more sparsely populated, its main cities being Elizabethton, Gatlinburg, and Tellico Plains. Crossville and Jasper are prominent cities in the Plateau region.

TEXAS HAS A GREAT

TO ALL EIGHTH GRADERS​ AND THEIR TEACHERS!

"THE CONSERVATIVE CAPITOL COUNTY of AMERICA"

"THE POWER IS IN THE THE NUMBERS, THE NETWORKING, & THE NEW VICTORIES!"

TEXAS HAS A GREAT MODEL 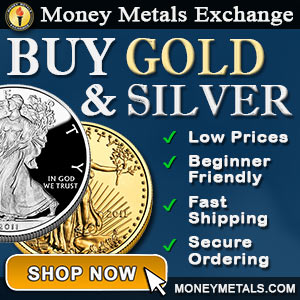 "By The People United"

Is Our Unalienable Responsibility!

"WE THE PEOPLE of TENNESSEE ... RAISING HIGH THE MAGNIFICIENCE of THE FLAG & THE FLAME!"

OF THE FREEDOM , THE FAITH, THE FAMILY, and THE FORMIDABLENESS

OF THE TENNESSEE GRASSROOTS CONSERVATIVE

"THE POWER!" ... of The People - by The People- "FOR THE PEOPLE UNITED EFFECTIVE" in EVERY PRECINCT​!

HYBRID POWERED BY - "P3" /  ​PERMANENCE - PROMINENCE - PROLIFICNESS  Of The People Like Minded, For The People Excited, By The People United!

WE SEE THE PROSPERITY!

POPULATION OF CITIES BY COUNTY:

To Claim Your Free 60-page

ENJOY THE VIDEOS THEN SIGN UP FOR YOUR FREE SEMINAR! ... NO PRESSSURE / NO OBLIGATION - JUST GREAT INFO & OPPORTUNITY!

Seven of the thirteen cities in West Tennessee with a population greater than 10,000 are located within Shelby County, which comprises Memphis and its six suburbs.

The CONSTITUTION of the STATE of TENNESSEE

( This is only a partial documentation, Please click on "The Blue Title"  link above for the Full Documentation)

That all power is inherent in the people,

and all free governments are founded on their authority, and instituted for their peace, safety, and happiness; for the advancement of those ends they have at all times, an unalienable and indefeasible right to alter, reform, or abolish the government in such manner as they may think proper. ​​

The powers of the government shall be divided into three distinct departments: legislative, executive, and judicial.

No person or persons belonging to one of these departments shall exercise any of the powers properly belonging to either of the others, except in the cases herein directed or permitted. Legislative Department.

The legislative authority of this state shall be vested in a General Assembly, which shall consist of a Senate and House of Representatives, both dependent on the people. Representatives shall hold office for two years and Senators for four years from the day of the general election, except that the Speaker of the Senate and the Speaker of the House of Representatives, each shall hold his office as Speaker for two years or until his successor is elected and qualified, provided however, that in the first general election after adoption of this amendment senators elected in districts designated by even numbers shall be elected for four years and those elected in districts designated by odd numbers shall be elected for two years. In a county having more than one senatorial district, the districts shall be numbered consecutively.

The supreme executive power of this state shall be vested in a governor.

He shall be commander-in-chief of the Army and Navy of this state, and of the Militia, except when they shall be called into the service of the United States. But the Militia shall not be called into service except in case of rebellion or invasion, and then only when the General Assembly shall declare, by law, that the public safety requires it.

Every person, being eighteen years of age, being a citizen of the United States, being a resident of the state for a period of time as prescribed by the General Assembly, and being duly registered in the county of residence for a period of time prior to the day of any election as prescribed by the General Assembly, shall be entitled to vote in all federal, state, and local elections held in the county or district in which such person resides. All such requirements shall be equal and uniform across the state, and there shall be no other qualification attached to the right of suffrage. The General Assembly shall have power to enact laws requiring voters to vote in the election precincts in which they may reside, and laws to secure the freedom of elections and the purity of the ballot box. All male citizens of this state shall be subject to the performance of military duty, as may be prescribed by law.

The judicial power of this state shall be vested in one Supreme Court and in such Circuit, Chancery and other Inferior Courts as the Legislature shall from time to time, ordain and establish; in the judges thereof, and in justices of the peace. The Legislature may also vest such jurisdiction in Corporation Courts as may be deemed necessary. Courts to be holden by justices of the peace may also be established. Section 2. The Supreme Court shall consist of five judges, of whom not more than two shall reside in any one of the grand divisions of the state. The judges shall designate one of their own number who shall preside as chief justice. The concurrence of three of the judges shall in every case be necessary to a decision. The jurisdiction of this court shall be appellate only, under such restrictions and regulations as may from time to time be prescribed by law; but it may possess such other jurisdiction as is now conferred by law on the present Supreme Court. Said court shall be held at Knoxville, Nashville and Jackson.

The qualified voters of each county shall elect for terms of four years a legislative body, a county executive, a sheriff, a trustee, a register, a county clerk and an assessor of property. Their qualifications and duties shall be prescribed by the General Assembly. Any officer shall be removed from malfeasance or neglect of duty as prescribed by the General Assembly. The legislative body shall be composed of representatives from districts in the county as drawn by the county legislative body pursuant to statutes enacted by the General Assembly. Districts shall be reapportioned at least every ten years based upon the most recent federal census. The legislative body shall not exceed twenty-five members, and no more than three representatives shall be elected from a district. Any county organized under the consolidated government provisions of Article XI, Section 9, of this Constitution shall be exempt from having a county executive and a county legislative body as described in this paragraph. The General Assembly may provide alternate forms of county government including the right to charter and the manner by which a referendum may be called. The new form of government shall replace the existing form if approved by a majority of the voters in the referendum. No officeholder's current term shall be diminished by the ratification of this article. 18 Section 2. Vacancies in county offices shall be filled by the county legislative body, and any person so appointed shall serve until a successor is elected at the next election occurring after the vacancy is qualified.

​WHAT IS U.S. CONSERVATIVISM

​All Membership Packages Include Your Spouse for FREE!

FOR EXCELLENCE & EFFECTIVENESS IN OUR GRASSROOTS CONSERVATIVE COMMUNITY, COALITION, CAMPAIGN, & IN THE COUNTY EFFECTIVES - STATEWIDE

TENNESSEE CONSERVATIVE GRASSROOTS - "POWER OF THE PEOPLE UNITED AS ONE!" ... AT EVERY LEVEL

of The U.S.C.F. Conservative Commission Enterprise

for THE MAGNIFICENCE, THE MAGNITUDE, THE MOVEMENT, THE MACHINE, THE MEMBERS, THE MONETIZING, THE MULTIPLYING, & THE MANAGING

WE THE PEOPLE UNITED AS ONE - STATEWIDE!

Note: Though Not Conservative

YAL has a great model & is

​Nashville, is the state capital.

Other major sizeable cities in Middle Tennessee include: Clarksville and Murfreesboro.

"We Govern Ourselves and Those Who Govern and Represent Us!"

The CONSTITUTION of the STATE of TENNESSEE
( This is only a partial documentation, Please click on "The Title"  link above for the Full Documentation)

Article I.
​Declaration of Rights.

Section 1.
That All Power Is Inherent In The People,

All Free Governments are founded on Their Authority, and instituted for their peace, safety, and happiness; for the advancement of those ends they have at all times, an Unalienable and Indefeasible Right

to alter, reform, or abolish the government in such manner as they may think proper. ​​

THE PREAMBLE TO THE U.S. CONSTITUTION

of The United States,

Provide for the Common Defence,

Secure the Blessings of Liberty to Ourselves and our Posterity,

Do ordain and establish this Constitution for the United States of America.

THE ONLY BUSINESS & ORGANIZATION

-​FOR YOUR FREE QUOTE-

​ASK HOW TO GET YOUR AD ON EACH PAGE!

Includes Your Spouse for FREE!

AT BOTTOM OF EACH PAGE

a BRANCH OF THE U.S. CONSERVATIVE FEDERATION  "GRASSROOTS CONVENTION OF STATES" - COALITION  / THE TENNESSEE CONVENTION

East Tennessee is one of the few regions in the South that have consistently voted Republican since the Civil War.

The University of Tennessee's athletic teams,nicknamed the "Volunteers," or "Vols", are the region's most popular sports teams, and   constitute a multimillion-dollar industry.[67] The university's football team plays at Neyland Stadium, one of the nation's largest stadiums.   Neyland  is flanked by the Thompson–Boling Arena, which has broken several attendance records for college men's and women's basketball.

- WE THE PEOPLE of ​THE VISION & THE PASSION of THE PROSPERITY! -